Designing your memories... One trip at a time!

“Escape Your Everyday” – Take a staycation or daybreak in York, England

“The world is a book and those who do not travel read only one page.”- Saint Augustine 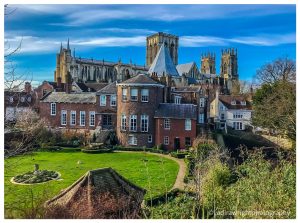 I absolutely love ❤️ this quote…and it’s so true.  Would you only read one page of a really good book? NO I don’t think so.  You would keep reading, and refuse to put it down until you got t 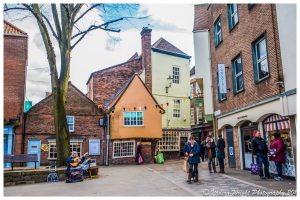 Well it’s time you got to page 2 in your travel book and “ESCAPE your everyday” and went on a staycation or at the very least, a day trip…and  I can’t think of a better place to take a short break than York, England.  Especially during the Winter ❄️, the chill, and shorter days gives it a certain charm.  There are so many cool things to do and see and a few   scary & spooky ones too. Did you know that in 2002, the International Ghost 👻 Research Foundation declared that York is the most haunted city in Europe? They have several ghost tours running  year round, although I’m not certain they are operating normally during the pandemic 😷. 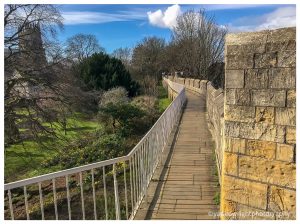 The city itself dates back  before the Romans.  In fact, in 71 AD Quintus Pentillius Cerialis, was appointed by the Romans as the new Governor of Britain 🇬🇧 and he had decided to finally get them sorted.   He concluded that the only way to get them on board was to conquer 💪🏼them.  He started his military campaign base from Lindum (modern Lincoln).  With 5,000 soldiers from the ninth legion he set up a temporary military camp where the Ouse & Foss Rivers met.  In time the camp 🏕 turned into a fort known to the Romans as Eboracum; know today as York.    From York (Eboracum), the Roman forces attacked the Brigantes capital at Stanwick in North Yorkshire.  Venutius (The British King 🤴🏻) 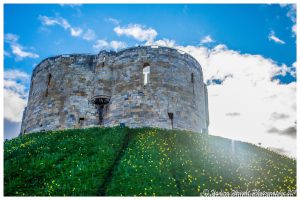 was forced out in an attempt to halt the attack in a battle somwhere in the vicintiy of Scotch Corner, which is a short distance from Stanwick.  It was King Venutius’s last stand, he was defeated and eventually fled to the Lancashire and the Cumbria area…and the rest is history!

The Romans ruled and stayed around until 367 AD, they were unable to repel an attack from barbarians, which was the beginning of the end for the Romans.  By the end of the 4th century the Romans were on the ropes and the Roman Empire was on the brink of collapse.  By 400 AD the Roman Army was forced to abandon York, and Britain 🇬🇧.  It would be almost 400 years until the Vikings rolled in, but I’ll leave that for another post 🤓. 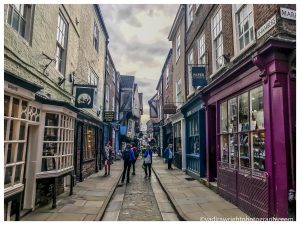 York is one of the cities in England 🏴󠁧󠁢󠁥󠁮󠁧󠁿 that I’m naturally drawn too, and all I want to do is just keep going back.  Maybe it’s York Minster, York Wall, St. Mary’s Abbey & Museum Gardens, York Castle Aka Clifford’s Tower, Gray’s Court – my favorite hotel, Betty’s, the Shambles (believed to be the oldest shopping street in Europe and is mentioned in the 1086 Domesday Book), The National Rail Museum (which is epic, and houses the only Japanese Bullet Train 🚅 outside of Japan), and that’s just the city.  Don’t get me started on the entire Yorkshire area, Castle Howard, Whitby, Yorkshire Dales National Park, just to name a few; and of course we didn’t forget that Yorkshire pudding is always a local favorite too. There’s way too much information to put in this post, but we will revisit it soon. Whatever it is, York is a magnet and keeps pulling me back. There’s always

something going on and the streets are buzzing with locals, street performers, and tourist alike. Maybe it’s the chocolate 🍫 , that could be it for some; lets’ face it, who doesn’t love Kit Kat’s, and they definitely taste better in York, yes they really do! And just in case you didn’t know, they’re made in Yorkshire! But mostly I think it’s the whole of it, York is one of those cities that’s charming, historical, mysterious, fun and spooky all at the same time; once you’ve visited, you just can’t get enough of it! 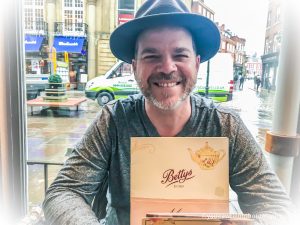 My favorite attraction the last time I visited was The York Dungeon; I have to tell you that in my book 📖 it’s a must do, and worth the time.  I’m not usually into this type of attraction, but it ended up being so much fun, and I can’t wait to go back again and share it with my family…it was a total blast; the staff and actors stayed in character 🎭, which added to the experience and made it very authentic and brilliantly fun!

If you’re lucky enough to live in the UK 🇬🇧, then what are you waiting for?  “Escape your Everyday” and take a mini staycation or day trip to historically amazing York…trust me, you won’t regret it. Look at this view of York Minster…how could you not want to see t

his for yourself?  So turn the next page on your travel 📖 book, and start an adventure in your own backyard, and Visit York!

Stay safe, and remember, if you leave your place, cover your face 😷.

“Once the travel bug bites there is no known antidote, and I know that I shall be happily infected until the end of my life.” – Michael Palin. A life-long entrepreneur, I started working for our family business’ at the age of 7; not realizing then that I have found my career path. From working the register, cooking, cleaning and assisting with closing, I learned at an early age the value of an honest living and a days hard work. From there I started my first business at 11, and have never looked back. After stumbling into the Travel Industry in December 2001, I knew I found my dream industry. It actually married all the things I loved most in life, International Business, Travel and Photography. In August 2013, after a little more then 12 years in the Travel Industry, I left the company I was working for, and ventured off on my own. On September 17th, 2013 my dream came true, and I founded Indulgent Vacations & Destinations, Inc.. My only regret was not doing it sooner. Fast foward to 2020… here I am, blogging about travel around Europe, and The America’s, branding Indulgent along the way. Doing my dream job, which doesn’t feel like work at all. I absolutely LOVE what I do, and enjoy inspiring my friends, followers, and colleagues. My goal is to motivate and leave you with a little inspiration to lead a better and happier life - professionally & personally! To show you a little of the world, teach you a bit of history, give you some travel insight, direct you to some wonderful accommodations & restaurants, show you some hidden gems, and occassionally take you on a little adventure. So if you like what you see, read, and want to stay in the know, follow us on: Instagram, Facebook, Linkedin,Twitter, Pinterest, and if you’re a Travel Agent, don’t forget to subscribe to our NEWSLETTER. If you’re not a Travel Agent you can subscribe too…it’ll give you some professional insight. Thank you for dropping by, and remember; “Travel is the only thing you can buy that makes you richer.” - Anonymous